The iScroll hand controller uses serial data via a Teleprompting Techniques’ iGlue MFi certified accessory to send speed control commands to the iDevice prompter.
Plug an iGlue into the prompting iDevice, if using a lightning connector you will need an Apple adaptor – see below. Use the supplied 5m x 3.1mm jack to jack audio cable to plug into the socket of the iScroll hand controller and the other end into the socket on the iGlue adaptor.
The Connecting Cable
The 3.1mm jack to jack audio cable is a standard off the shelf product, but it is recommended that a good quality product is used. The length of the cable can be extended to 25 meters or more by using a standard male/female 3.1mm audio extender cable.
Controlling the Scroll Speed of the Prompter Text
The default configuration is to advance the script when the iScroll control knob is rotated clockwise and to reverse when the control knob is turned anti-clockwise. There is a null point between the two functions which can be felt when the reference marks on the knob and the hand control body are opposite each other.
Changing the Control Preferences
If it is preferred that the default configuration is reversed, i.e. text should advance when the control knob is rotated anti-clockwise, and go backwards when the knob is rotated clockwise, hold all the three buttons down at the same time. When released the configuration will have changed. To return to the default setting, press the three buttons again simultaneously.
Buttons
There are three control buttons. Back to Top Button, nearest the control knob, Page/Story/Marker Previous and Page/Story/Marker Next.
Button Functions
The Back to Top button, using the default setting, will return the text to the very top of the script . However other functions can be set in picoPrompt Settings to initiate a Script Refresh and also control the record ON/OFF of PiP (Picture in Prompting) (See picoPrompt Handbook)
N.B. This device has Apple's older style 30-pin connector - an adapter is required for use with the iPhone 5 (or newer) as well as the later generation iPads. 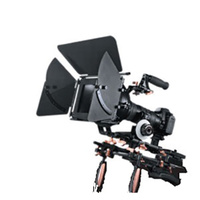 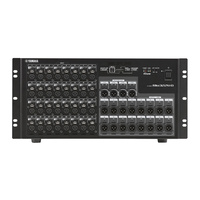 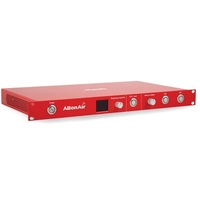 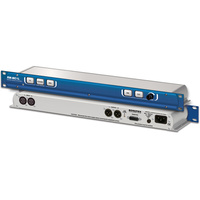