ASI6744 - Low Profile PCI Express Sound Card
PCI Express 4 record, 12 play/4 out, Analog & Digital, MPEG Layer2/3/PCM
The ASI6744 is a professional Low Profile PCI-Express sound card designed for use in radio broadcast automation.
Providing 12 play streams that are mixed to 4 balanced stereo outputs and 8 record streams fed from four balanced stereo inputs, the ASI6744 7 features AudioScience’s unique “anything to anywhere” mixing and routing.
The ASI6744 provides both balanced analog and AES/EBU inputs and outputs. The maximum analog input and output level is +24dBu.
A choice of uncompressed PCM, MPEG layer 2 and MP3 is available for both recording and playback. All compression is handled by an on-board floating point DSP, allowing the host computer to focus on other tasks.
ASI6744 functionality includes MRX multi-rate mixing technology which allows streams of different sample-rates and formats to be mixed digitally. TSX time scaling allows compression/expansion of any or all playback streams in real time with no change in pitch.
For emerging surround sound applications, SSX2 mode allows multichannel streams of up to 8 channels to be played, recorded and mixed.
FEATURES 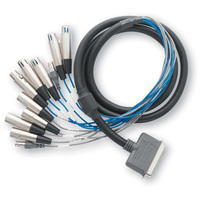 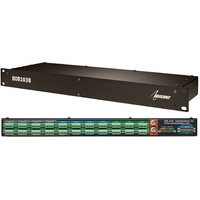